Dysport is a prescription injectable treatment that is similar to – but not completely identical to – Botox. It is administered by a licensed healthcare provider to treat moderate to severe frown lines (those  pesky “11s”) between the eyebrows.

In this article, the Dysport experts at Advanced Laser Spa in the Sterling Heights area answer our patients’ frequently asked questions about Dysport to help you decide if Dysport, Botox or another wrinkle reduction treatment is right for you!

What is Dysport made of?

Both Dysport and Botox are botulinum neurotoxins (medically called “abobotulinumtoxinA”). This substance is an acetylcholine release inhibitor and a neuromuscular blocking agent.

In lay terms, it temporarily blocks certain nerve signals that cause muscle contractions. This prevents specific muscle movements that cause frown lines.

What can Dysport injections treat?

The most common use of Dysport® injections is to treat “glabella lines” – the vertical folds in the area between the eyebrows. It can also be used to reduce crow’s feet and horizontal lines in the forehead

Dysport can also be used to treat other areas such as:

Are Dysport injections dosed the same as Botox?

It is important to remember that Dysport and Botox are not dosed the same. – so it cannot be compared to the dosage of Botox or any other botulinum toxin product that the patient  may have previously used.

The dose of Dysport for the treatment of glabellar lines is typically a total of 50 units injected equally among the specific muscles that need to be treated.

Is there anyone who can’t get Dysport?

Dysport is well tolerated by most adult women and men. However, patients who are under the age of 18, pregnant, nursing or who have a history of neuromuscular diseases, should not get Dysport injections.

How long does Dysport take?

Dysport office visits will vary, depending on the area(s) to be treated. Generally, the procedure takes 10 minutes to a half hour.

Though results will vary by patient and location, more than half of Dysport patients see improvement in moderate to severe frown lines between the eyebrows within two to three days.

How long does Dysport treatment last?

The longevity of Dysport results will depend upon the patient and the location of the injections. In the forehead, Dysport typically lasts around 5 months – but sometimes up to 6 months or longer.  Around the lips, where the muscles are used more frequently and consistently, Dysport may last a shorter amount of time.

Are there side effects of Dysport?

When administered by a trained, skilled and experienced medical provider, side effects of Dysport typically include only mild injection site swelling or bruising, and temporary injection site tenderness. Nose and throat irritation, headache, nausea, and upper respiratory tract infection are much more rare but possible.

More serious side effects are very rare when injected by a qualified medical expert, but can include eyelid swelling or drooping

Is Dysport Better than Botox?

Dysport’s diffusion (spreading) rate is higher, so some people feel that it creates a more natural look without an obvious area of treatment. This also means that Dysport users typically report feeling less tightness in treated areas than Botox users.

Botox is measured in different size units than Dysport  making cost comparisons difficult. However, according to Healthline.com, the average cost of Dysport treatment is typically cheaper than an equivalent Botox treatment.

For some patients, Botox resistance can result if a patient builds up antibodies against the botulinum toxin. In some of these cases, certain patients may get better results with Dysport than Botox, even though the two products are very similar.

Our Dysport and Botox experts will help you determine if Dysport or Botox is a better alternative for you.

Because Dysport works faster, is typically more affordable, and in some cases lasts longer than Botox, many of our patients prefer Dysport over Botox for forehead lines. However, since Botox is FDA approved for more treatment areas, it may the best alternative for other patients.

The injectable specialists at Advanced Laser Skincare & Spa in the Sterling Heights area will take the time to listen to your appearance and anti-aging goals, assess your skin condition, and develop a Botox or Dysport treatment plan that is ideal for you.

If you would like to reduce or eliminate moderate to deep “glabellar” forehead lines, schedule a consultation at our Sterling Heights area Med Spa to see if Dysport or Botox is right for you! 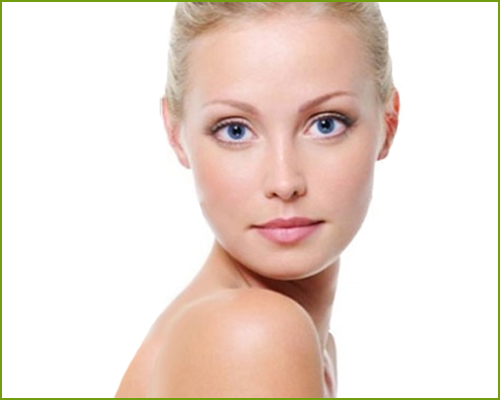 Thank you for visiting Advanced Laser Skin Care & Spa’s blog, where we keep patients updated on the latest aesthetic news and events.

Learn about the latest procedures and technologies in medical aesthetics, in our informative articles. Check back often for specials and updates on the latest cosmetic treatments!

RETURN TO ALL ARTICLES

Which Restylane Facial Filler is Right for Me? 7 Tips & Treatments to Help You Look Better in Zoom Meetings
Scroll to top